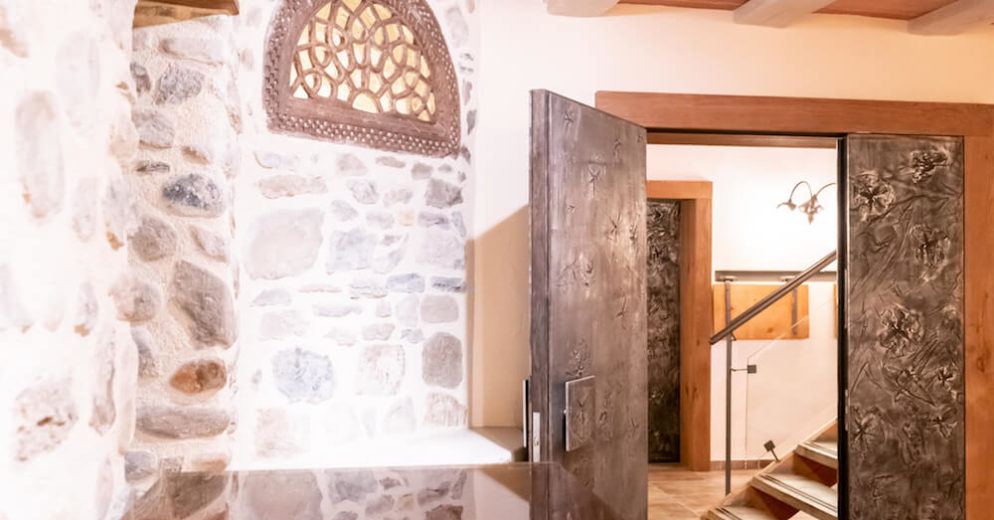 The former farmhouse of the Domaine du Château de Vullierens, renovated into an exceptional event venue, innovates and renews itself as usual with exclusivity and taste!

Doors entirely carved with the flagship flowers of its Gardens, you will have imagined the IRIS, were custom-made by the renowned sculptor Etienne Krähenbühl, who was given carte blanche by Portes des Iris. They elegantly decorate the reception rooms on the ground floor: Iris and its Bar as well as the Eloise Room.

“The idea of using the IRIS was an obvious choice, since Vullierens houses the most modern collection in Europe,” says the Vaudois artist, who is a regular visitor to the gardens where several of his installations are beautifully integrated. “The difficulty lay in the fact that it was a question of capturing the delicacy and ephemeral nature of this flower in a hard material: aluminium, while preserving the dreamlike motif that these plants gave me.” 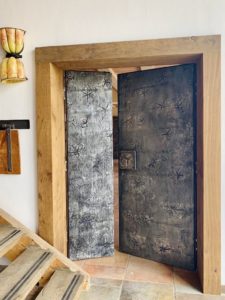 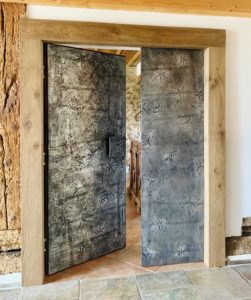 Many steps were necessary to finalise the project. Fresh flowers were delicately placed in a modelling clay and then a silicone impression followed by a resin mould was made. The Gilles Petit foundry in Fleurier then created a sand mould to cast the aluminium. The plates were then assembled and installed on structures by a renowned carpenter’s workshop in the region, which had also carried out the renovations to the magnificent 16th century farmhouse framework. 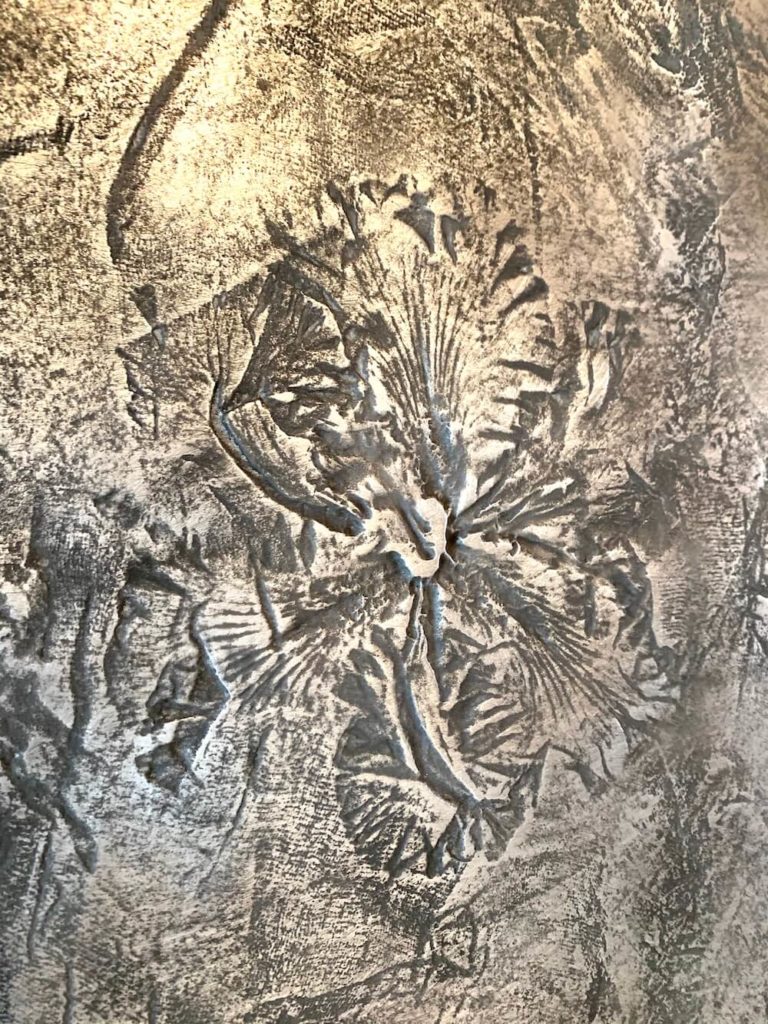 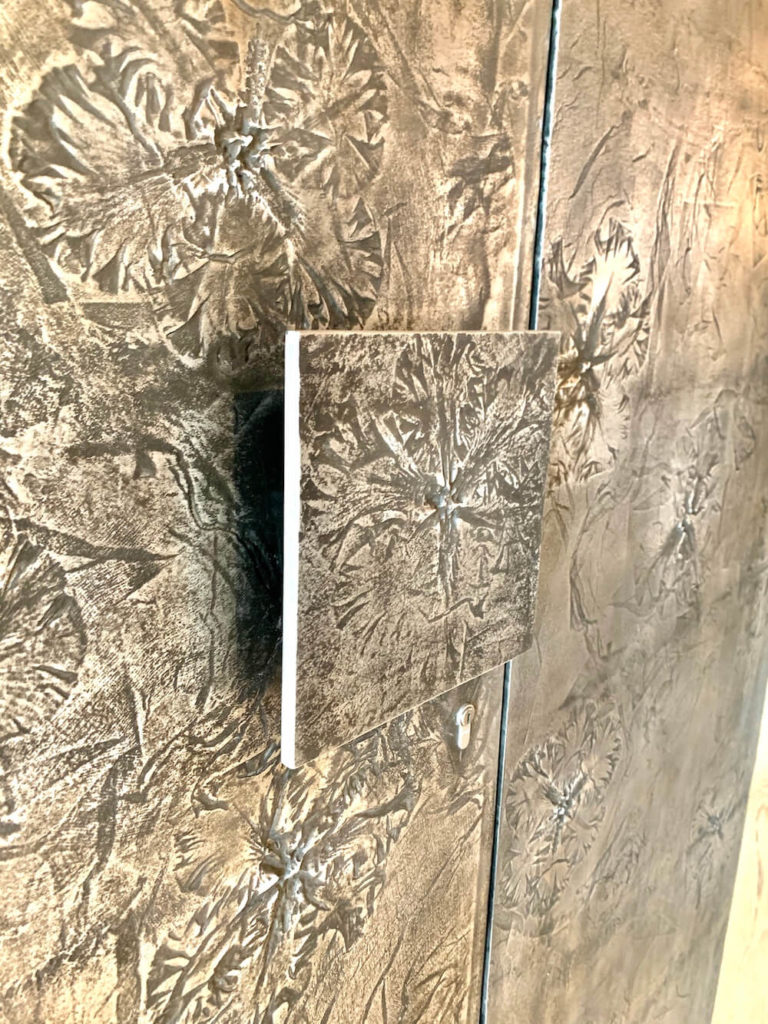 “Passionate about art and sculpture, I am delighted to have been able to collaborate with one of my favourite artists in this original artistic project that embellishes Portes des Iris and offers guests a sublime setting”, underlines the Châtelain.