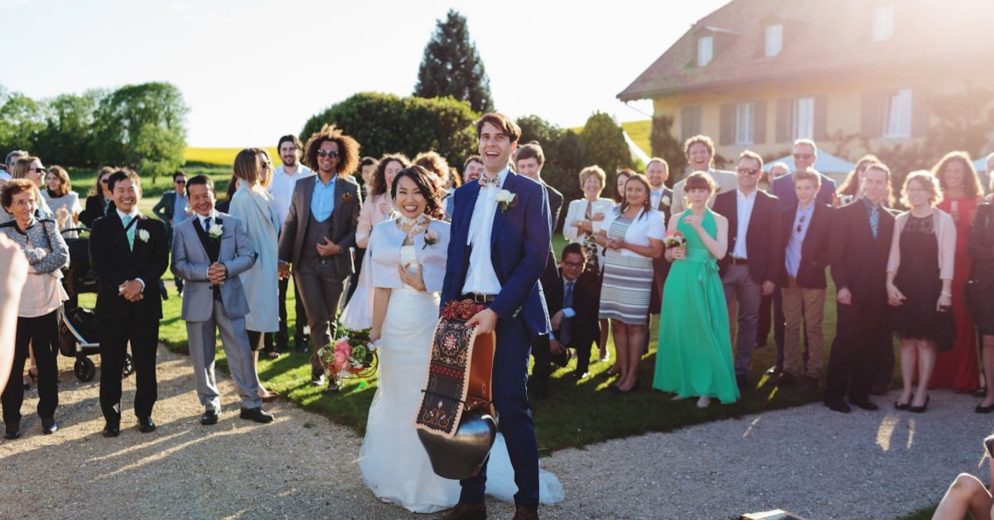 During the last 20 years, we have celebrated a lot of different culture weddings. Nowadays it is rare to have couples from one single culture; offering a mix of traditions, understanding ways of celebrating is therefore important, and for the newlywed, a manner to honour each others’ cultures! 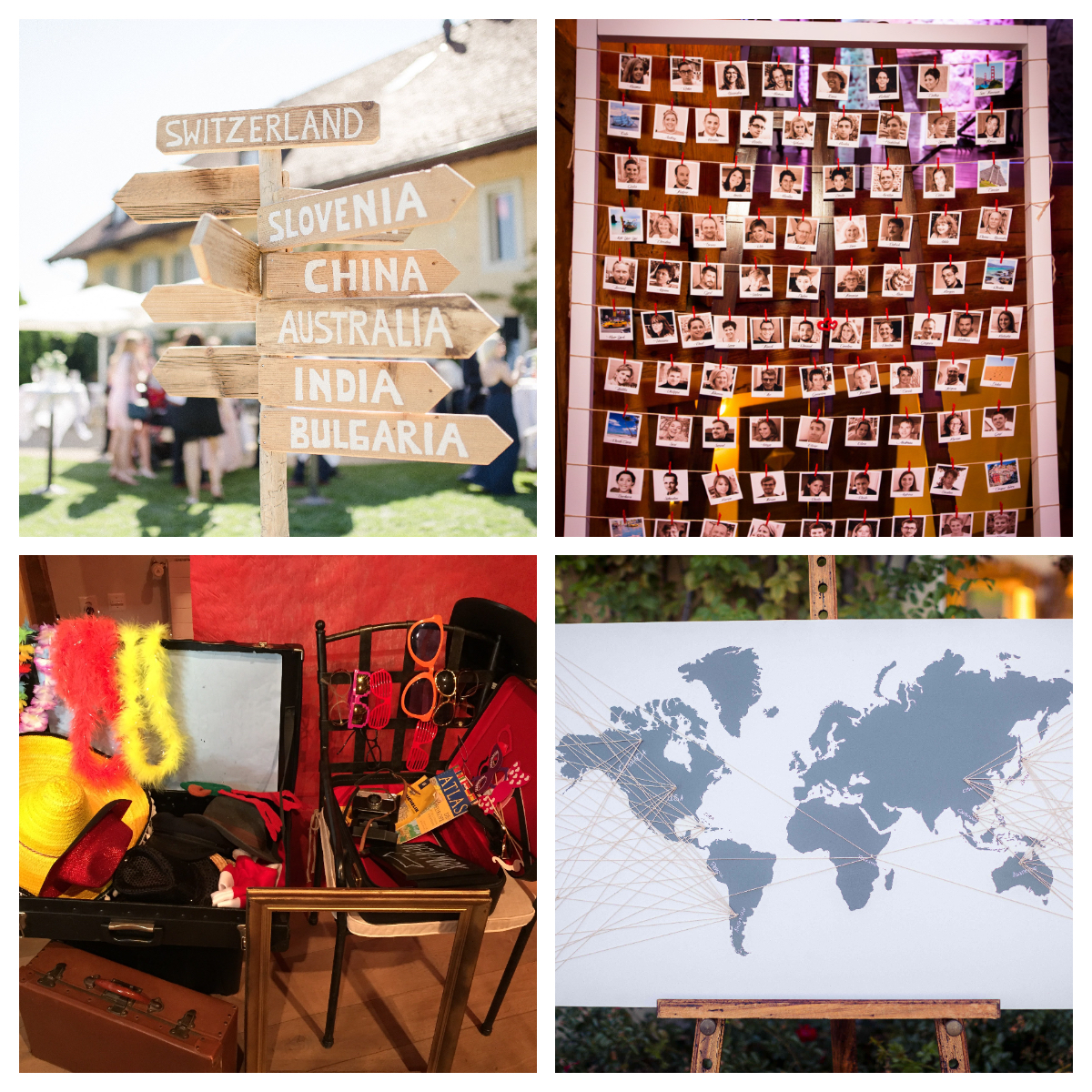 We have seen many European & Anglo-American traditions, of course, but some of them or their origins might not be that familiar to you … 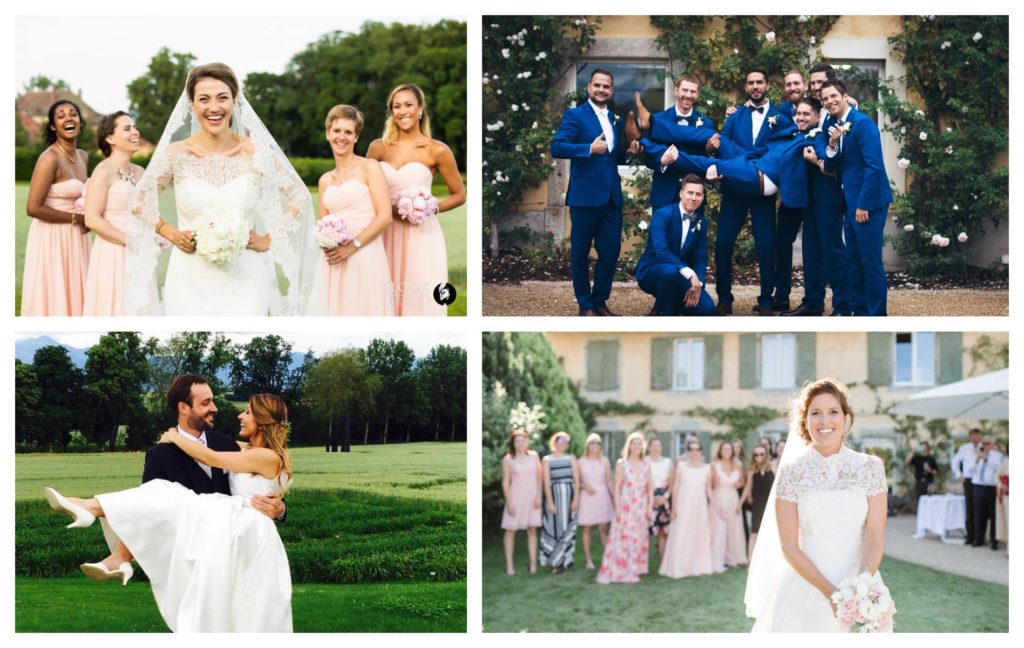 Why is it so important for a bride to have a bouquet? Did you know that this tradition started at the Renaissance period already? Personal hygiene at this time was not very common and incense perfumes in churches were highly used. It often happened that brides would faint and an aromatic bouquet would help them not to feel that way. In Europe and America this custom is still very popular. Even if the bride often keeps her bouquet (to be dried and kept as a souvenir), there is often a duplicate to be thrown. Superstition says that the single woman that catches it will be the next bride in the coming year.

One tip: do the tossing of your bouquet at the end of the cocktail, on one of our Terrace, so that most of the unmarried ladies are present and sober. Sometimes if you do it later, it creates tension between friends or even couples…

The tradition of organizing a guard of honor right after the ceremony (either civil, religious or secular) is a Swiss tradition. It means that the couple will be able to overcome together the marriage’s obstacles. They go hand in hand underneath a tunnel formed by the participants, either holding symbols of the newlyweds (jobs, hobbys,…) or by just blowing bubbles to them. 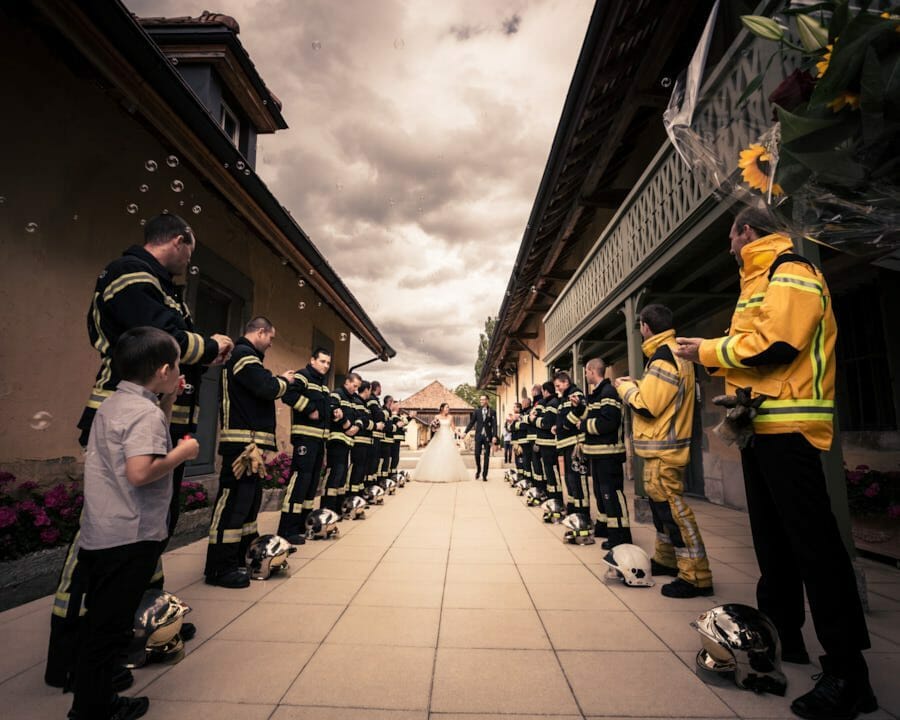 This Italian tradition usually consists of giving 5 almonds in a small bag, either on each plate at the table or at the end of the party. This attention apparently brings happiness, fertility, wealth and longevity to the married couple. Nowadays this tradition tends to be replaced by personalised gifts. 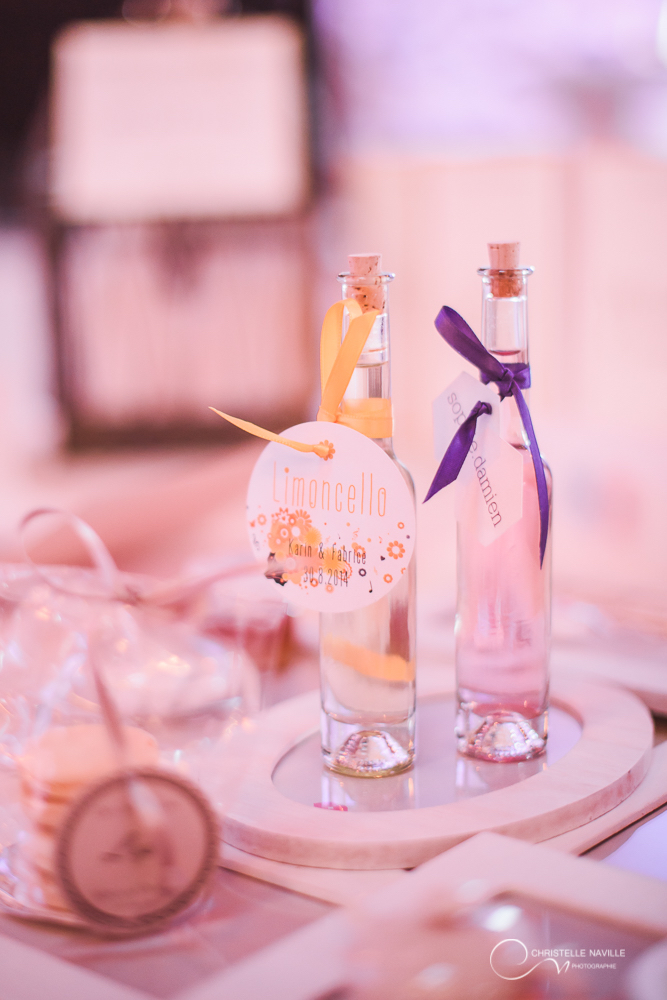 Nowadays the typical golden book or guest book is often replaced by a wishing tree. It can be a real tree (olive tree for example) or a wooden one. Guests can hang on the branches little notes written for the bride and groom. This tree can then be planted and the meaning of this tradition is to give strength to the couple. 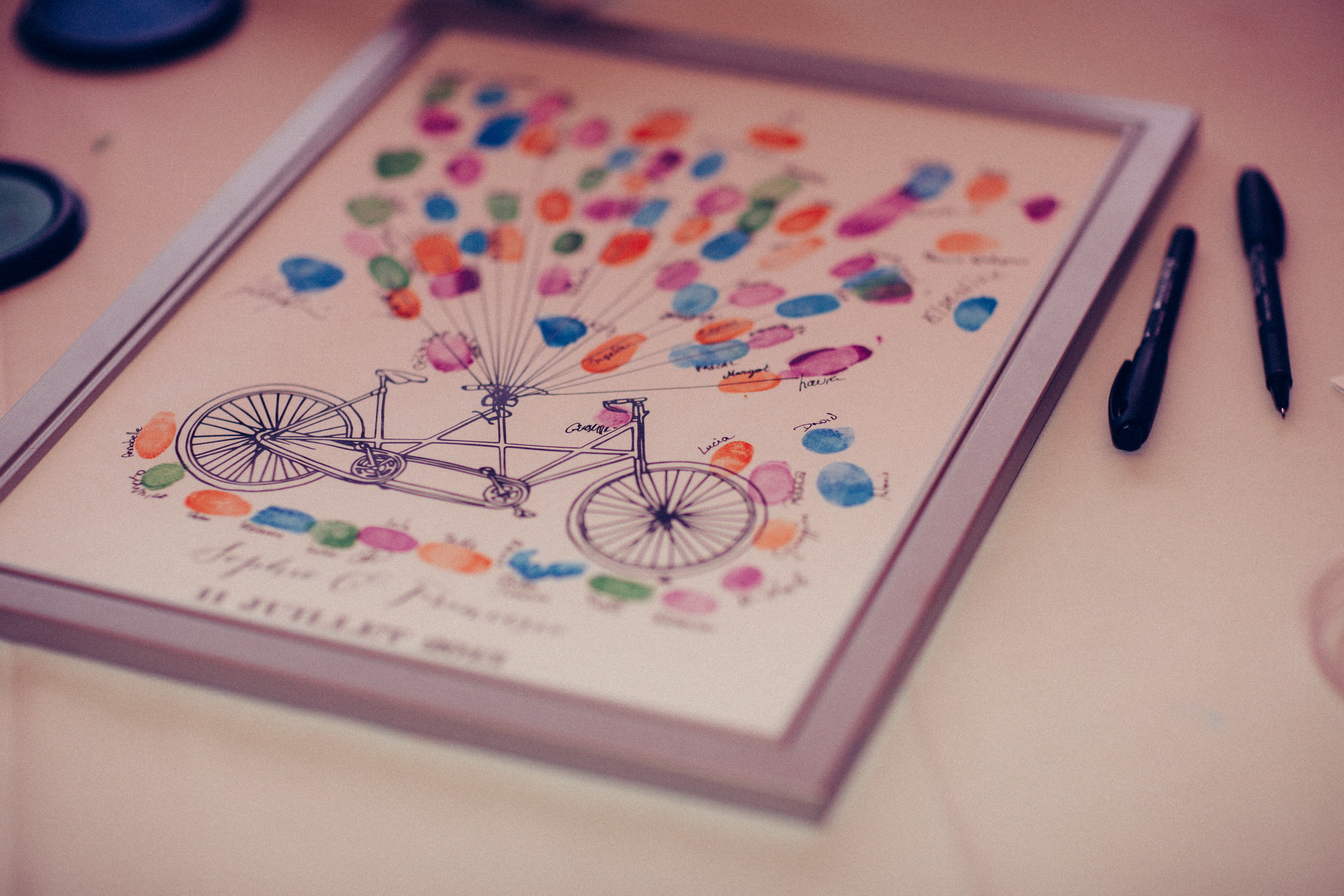 Weddings used to last up to 7 days, but nowadays it’s usually one night before for men and women separated, then a party for all. The bride and groom sit on a couch area during their party, usually richly decorated with red and gold. The brides wear a long white dress, but in some cases can change up to seven times. The groom usually wears a suit, but sometimes changes into a tunic and pants called a jabador and a Moroccan male “djellaba”. At the end of the evening, the tradition wants that the bride and groom share one dance, eat the famous wedding cake and then leave straight away for their wedding night. 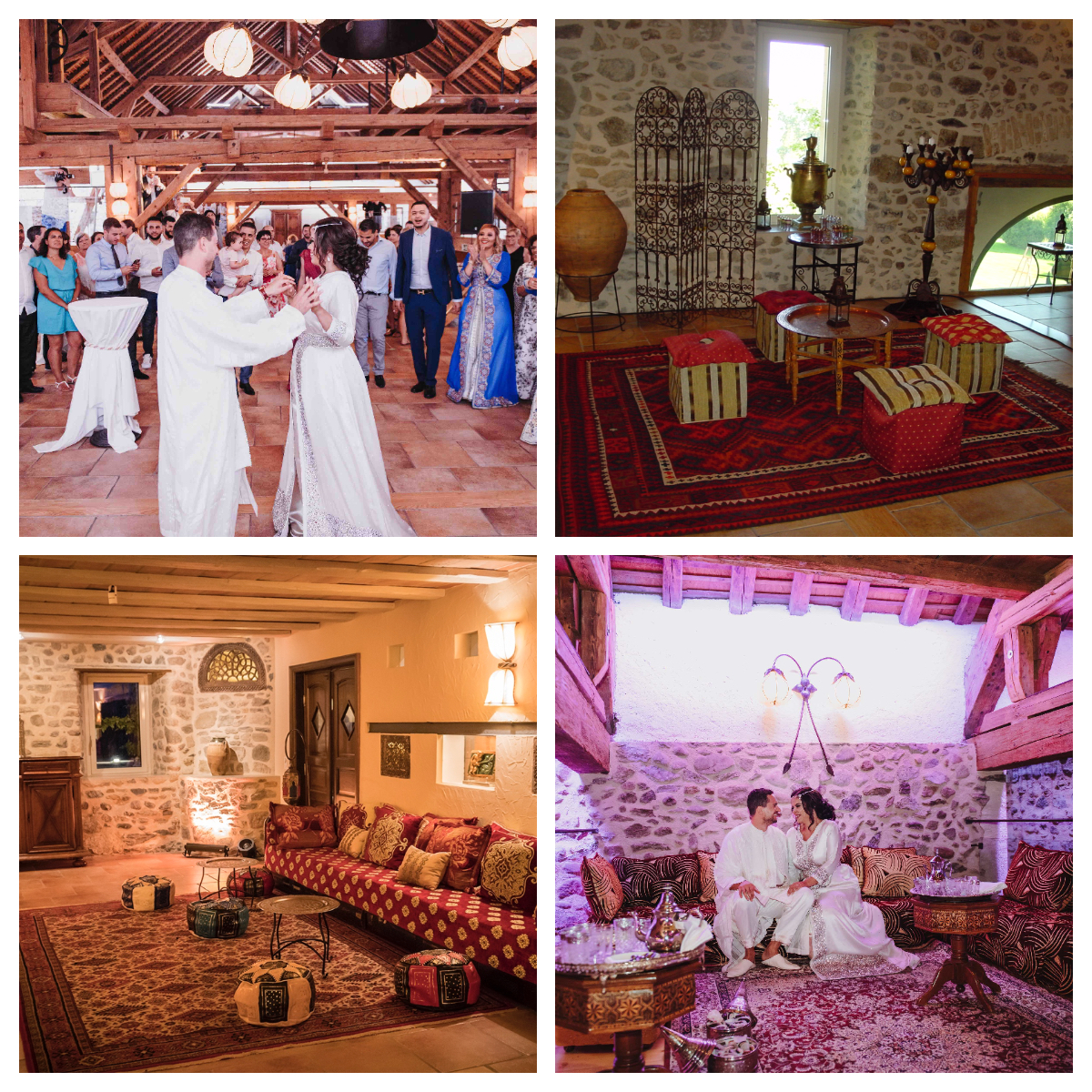 It is a common tradition for Indian brides to organize a special party, the day before their wedding. With their closest females friends only, they have their hands and feet painted with henna. Symbols of hope, love and joy are designed during hours of painting and can last up to 2 weeks. As for the wedding dress, usually it’s a unique piece, that reveals the bride’s beauty. Gold and embroidery are often used to symbolize spirituality and fertility. Jewelry is also very important. Most women usually wear saris and men are using traditional outfits.

Some grooms arrive with special cars in Europe, but in some regions of India, they either use a white horse or an elephant. It’s their traditional way of proceeding to their wife and ceremony. 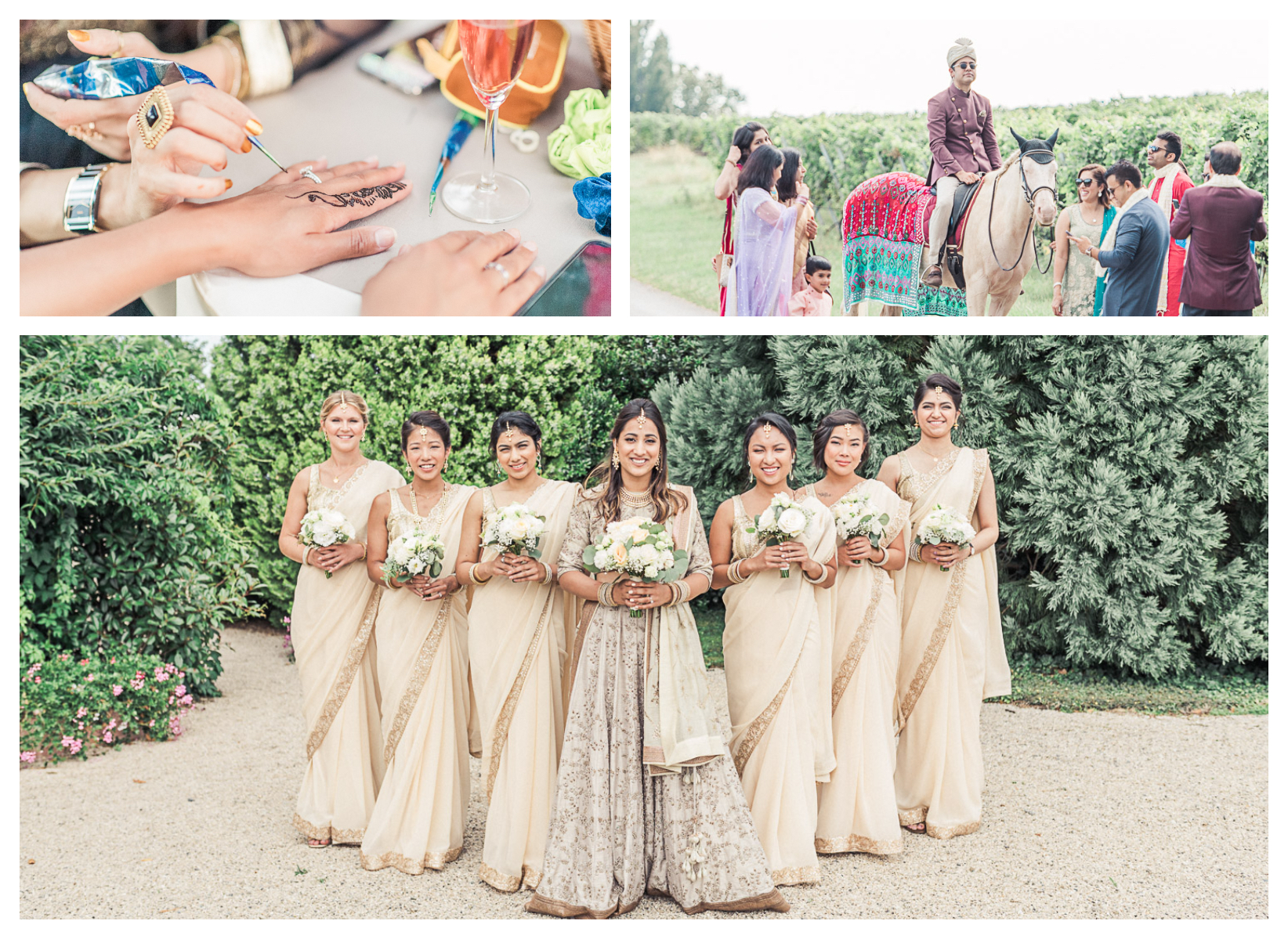 More “Exotic” traditions and of course “Foody” traditions have been seen at Portes des Iris and we look forward to discovering yours soon! 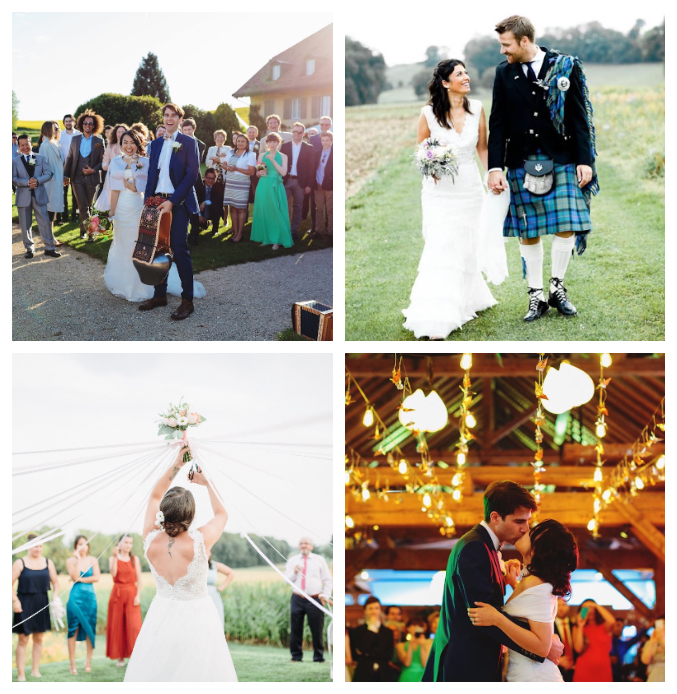 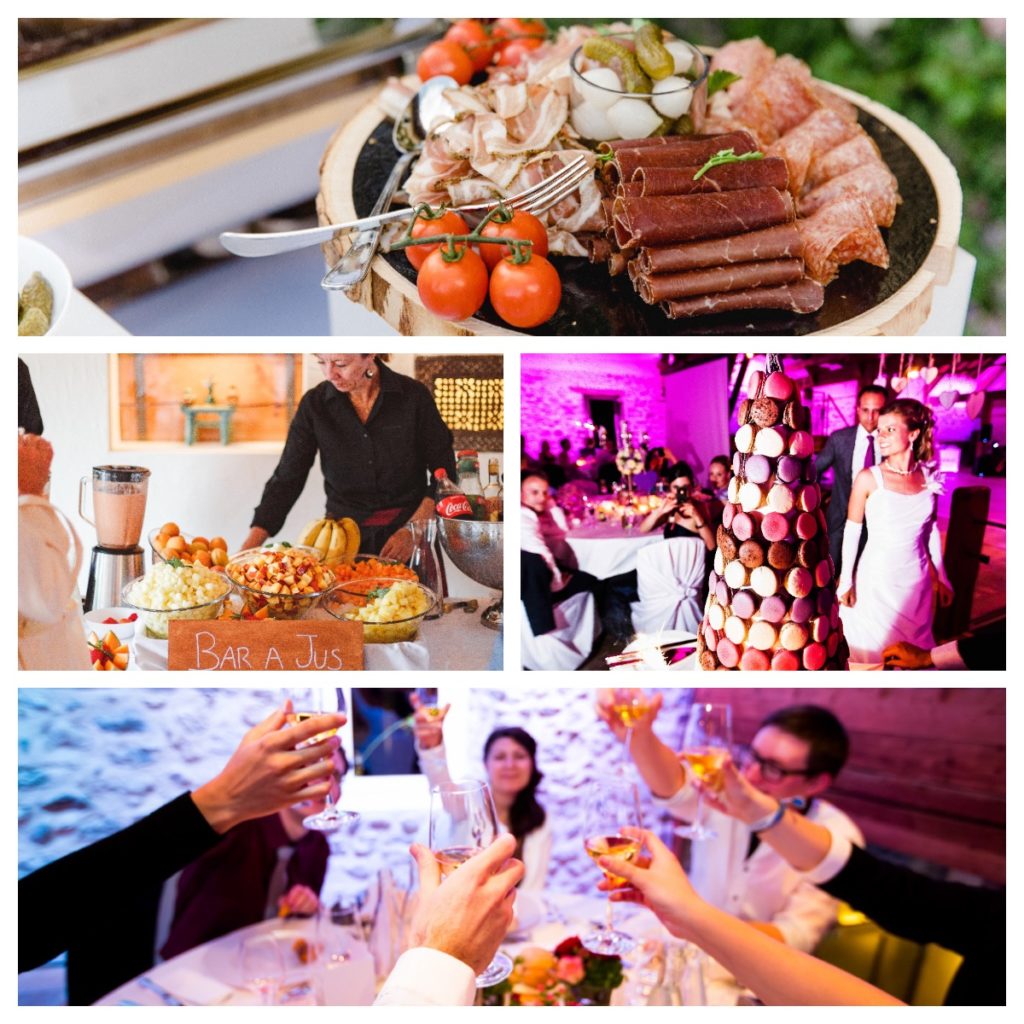